One of our readers suggested that we write about her home town in Canada and listed several reasons why.   The first thing I discovered is that the town is very close to where my grandfather was born and raised (in Kingston) and I remember the countryside being quite lovely.    We love to write about small towns with a unique character, something that sets them apart.   After quite a bit of research, we are going to retire in Almonte, Ontario for the summer next year!  This is a fun town!

Almonte (pronounced: Al-mont) is, oddly enough, named for a Mexican General.   The town has been at this site, 20 miles southwest of Ottowa since 1810 when the Crown sent an Englishman to build a mill.  The town was called by several names and finally had to change again  when the newly formed Post Office told them there was already a Waterford, Ontario.  Wikipedia says the relations between the US  and Great Britain were strained since the Revolutionary War and the War of 1812.  Then the U.S. war with Mexico came along and Mexican General Juan Almonte ‘fought honourably’ and later became ambassador to the United States.  It appears that Waterford’s citizens saw the general as “a principled David fighting Goliath interested in swallowing up North America.”  So by 1859, the name had changed to Almonte.    Several woolen mills have been operated at this sight making Almonte one of the leading centers of the manufacture of woolen cloth .   By 1869, there were 2,000 people in residence and Almonte was a stop on the Brockville and Ottawa Railroad.

Today, the limestone mills have been repurposed into shops and condos, galleries and office space.  The lovely little town of 5,000 sits on the Mississippi River (no relation to the U.S. river) in eastern Ontario, above New York State.  The Almonte Riverwalk consists of a series of bridges showcasing the beautiful waterfalls running right through town.  You can see one of the old mills along the way and there is plenty of reason to stop and watch the birds or take photographs.  The Old Town Hall has an amazing concert hall upstairs where locals can see concerts and performances.  The Post Office is another historic building in the center of town.   Downtown has several shops and restaurants for your pleasure and perusal.

But Almonte in the summertime is something to see with several unique things going on.   Celtfest celebrates the predominantly Celtic heritage of the Ottawa Valley.  Musicians and dancers from all over Canada perform throughout the weekend in the natural amphitheater at Gemmill Park.  Food, vendors, and several performances can be enjoyed.

Puppets UP!  is an international puppet show with everything from life size puppets, to hand puppets who come for the parade and entertain with several shows in July.  The two day event is devoted to the art and attracts thousands of visitors to the area.

The Almonte Bus Fusion is a gathering of Volkswagons from all around North America.  The date (late May-early June) coincides with the Town Garage Sale and Barbeque.   Come see beautifully restored VWs and those that are lovingly in the original condition, shop for bargains and stay for dinner!  The event takes place right on the waterfront and is very well attended.

Finally, the North Lanark Highland Games are in August with bands, dancers, and heavy events in competition.   The event draws some 6,000 visitors and are held on the old grounds of the North Lanark Agricultural Society – right on the river.   Vendors sell traditional clothing, crafts, and food.   A genealogy booth is a popular attraction to trace your celtic roots.  In the evening, plan to stay for the ceilidh (cay-lee) a musical party at the beer garden site.  (Don’t be afraid to jump in a Clan Parade and march with your kin!)  Be sure to be on the grounds when the Massed Bands Perform.  All the bands play together and it’s amazing to hear.

Summertime also brings the Almonte Fair – more than 150 years old.  Third weekend in July.  Something for everyone at the Fair!

So if you happen to live in a more southern climate where it gets really hot in the summer, join us in Almonte!   The May-August temperatures run a cool 55-72 degrees F.

Almonte is known as ‘the friendly town.’   Here’s what we’ll see!

Photo By Douglas O’Brien via StockPholio.com 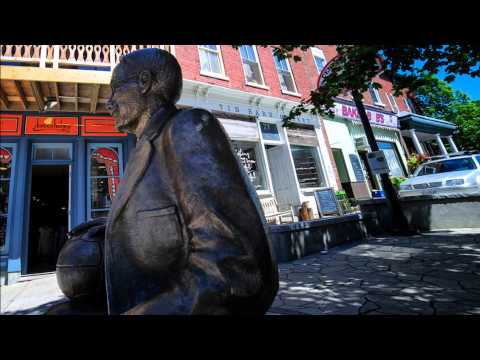 Zoom in and out on the map below to see roads and attractions!

Cheryl and her husband have just recently retired and live in the Pacific Northwest. She has been enjoying her herself by traveling around the world, playing with her grandchildren, and she frequently volunteers in her community. There is certainly never a dull moment with Cheryl. She cheerfully co-founded RetireBook and wants to share her energy, hoping that it inspires her readers to live life at its fullest.