Negotiate a new deal!
Just two month’s ago, my Verizon cell phone bill was at $140 a month for my family plan. Now, I am paying Verizon just $103 for the same plan. How did I do it? Well, I walked into the Verizon store and politely negotiated a new deal. It went something like this…”Hi – I’ve got some great news. My 2 year contract is over, and I was hoping you can save me some money”.

You see, if I had not gone into the Verizon store to negotiate, they would have kept charging me the same amount.

The salesman at the Verizon store tried to sell me a new phone before we started negotiating, but I just smiled and said “I’m just excited to see how low you can get my bill now that I don’t have a contract”. He was eager to keep my business, and found a few discounts for me. I was surprised at my savings.

Sometimes the popular phones at your carrier are very expensive – so do some research before you buy
Now that my 2 year contract ended, I am finding my old Samsung Galaxy S4 phone is getting a little long in the tooth. It’s time for an upgrade. But geez, the new Galaxy S6 phones are very expensive. And the Galaxy Notes are even more expensive. So I did some research.

My favorite tech review websites are ArsTechnica, the Wirecutter, Android Authority, and Android Central. I have been drooling over the Nexus line for a while, but even these phones are getting expensive. Luckily, Motorola came out with a new phone, and reviews for the Moto X Pure look outstanding. And you can get one for just $399. Compare that with the Samsung Galaxy S6 at $672 at Verizon, you can easily see where I am going with this. And what’s even better, the Moto X Pure is supported from all the major carriers (Verizon, AT&T, Sprint, TMobile) and it has a better camera than even the highly reviewed IPhone 6.

I’m hoping that other phone manufactures also take Motorola’s lead, and start to build phones not tied to a carrier.

As I said before…do your research at such reputable sites as Android Authority and you can’t go wrong. To give you an example of the review that sold me on the Moto X Pure – click the YouTube video review shown below. 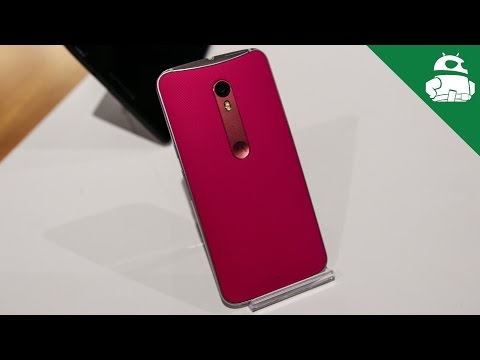 My point is – with a little research you can find a gem of a smart phone and save lots of money.

Have confidence in yourself when you visit your cell phone provider
Don’t give in to the sales tactics of your cell phone provider. The folks down at my local Verizon store are really nice people, but they really try to sell phones that are on their shelves. I can’t say I don’t blame them. Case in point, when I went in there this week and told them I was thinking about buying the new Moto X Pure phone, the sales lady tried to tell me that Verizon has a hard time connecting unlocked phones to their network. That might be true for some phones, but this is not the case for the Moto X Pure.

I admit I almost gave into her doubt, and then expertly she tried to sell me a Samsung Galaxy S6. I told her politely that the Moto X Pure can connect to any cell phone carrier, and it says so right on the Motorola website. And it costs almost $250 less than the flagship phones that Samsung sells. I did my research, and I wasn’t going to give in. I placed my order online at Amazon for my Moto X Pure as soon I got home.

Update:
I just received my Moto X Pure yesterday. It took a while to get activated at Verizon because I did not have a Nano Sim card from my previous phone. The good folks at Verizon store found a work around for me. They activated a new Nano Sim using one of their phones that they sell behind the counter. After that, they took that activated Nano Sim and put it into my Moto X Pure.

It’s been almost a whole day, and I love the new Moto X Pure. The camera is fantastic.

Also while I was at the Verizon store, the sales lady said she could save me some more money because they had a new data plan promotion this month, so I was able to save an additional 5 dollars a month. I know that Verizon as a company sometimes gets a bad reputation, but the folks inside my neighborhood store are really very nice and they genuinely want to have happy customers. I used to pay $145 a month on my two person family plan, and now I am paying $103 a month for this same plan. All because we own our phones and we decided to go month to month. Not bad, not bad at all!

Gary is one of the founders of RetireBook, and is the site engineer and also one of its writers. He has been working in IT for over 25 years, is a world traveler, and enjoys everything about living in the Pacific Northwest. He is full of energy, loves the outdoors, climbed several mountains, volunteers in his community, and has been saving his whole life for an early retirement that will be coming up in just a few short years.

Find Happiness – Get a Dog

But What About My Stuff?